This post is a follow up to my previous posts, Seaside Cave, and Experimental Oil Paint Pouring. You may want to check those posts out if you haven’t.

Since the previous post on this painting, I stopped working on it for a while to mess around with some new experimental paint pouring techniques described the post made before this one. After messing around with that for a while I decided I could use this painting to try applying those techniques to a painting. The idea was to apply the pouring techniques over a painting that was already blocked out, to increase the texture and surface interest, and then paint back over with details using transparent paint once the poured paint was dry.

First I want to show a few detail photos of the canvas after I had poured paint over it, while the paint is still wet. I think its helpful to have wet and dry pictures with this technique, because it looks so different once dry, but I think having a before and after record helps eliminate some of the unpredictability. 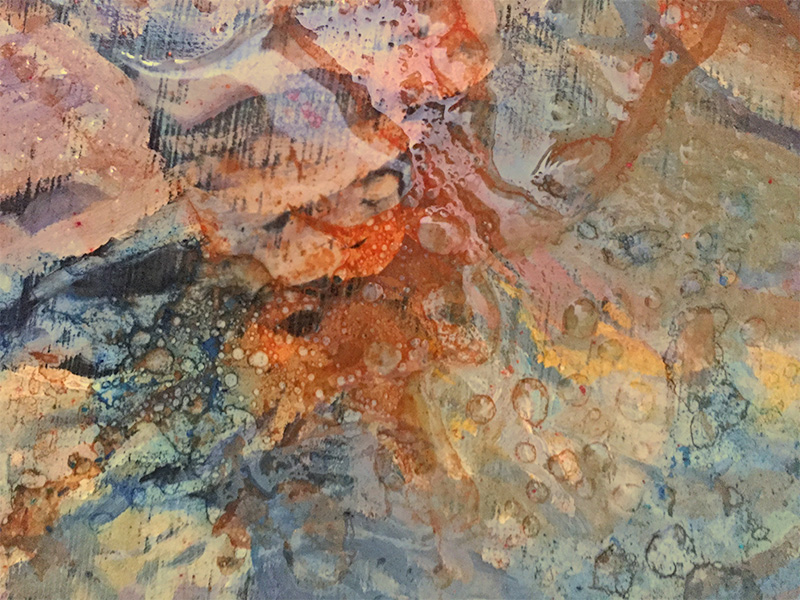 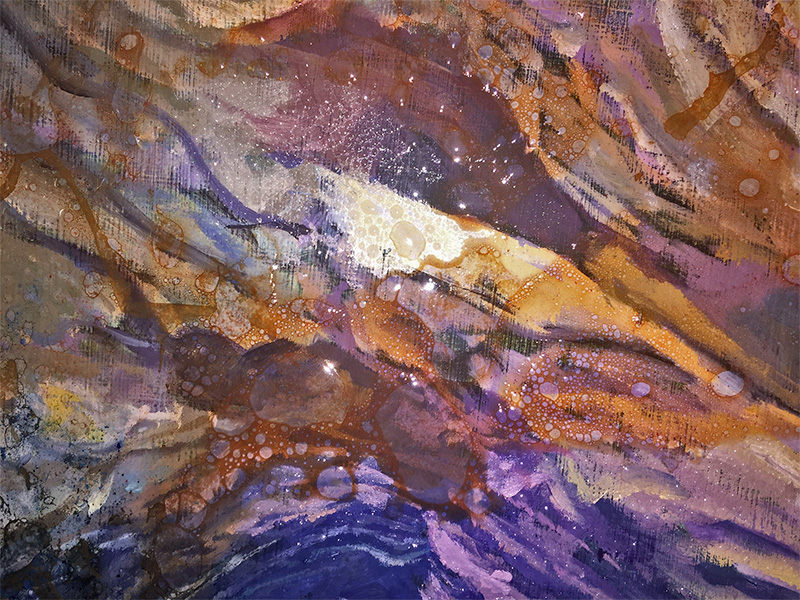 The following picture is the painting once the poured paint finished drying.

You might notice some harder edges around the water, as the water was taped off before pouring the paint. The paint pouring technique creates a lot of texture when dried, which is exactly what I wanted for the rocks and cave walls, but I wanted the water to remain smooth and glassy. Some paint did leak underneath the tape though, so the edge isn’t perfectly masked off.

The following photos are details of the painting at this stage: 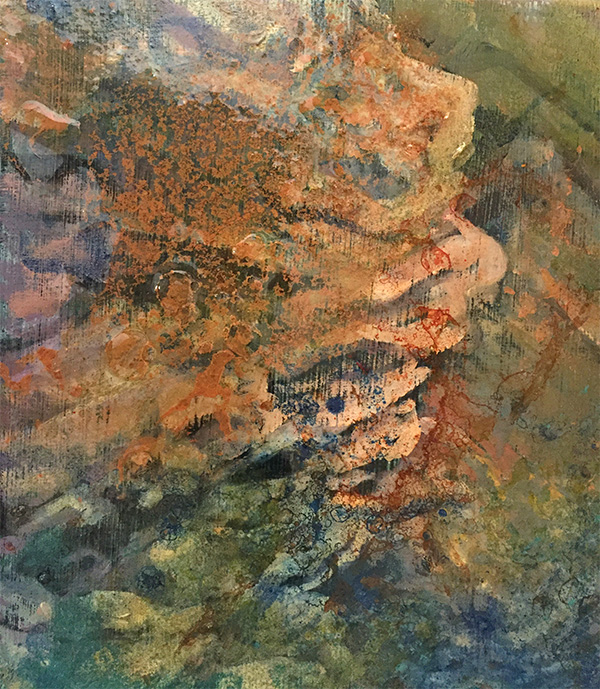 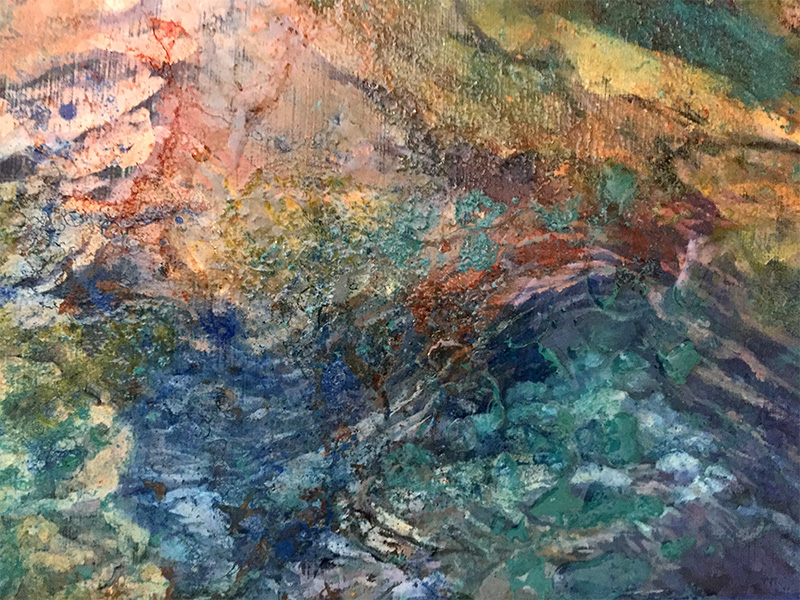 Next I started painting back over the painting using transparent paint mixed with copal medium. White paint was only used in small amounts, as I only have lead white in my palette which is an opaque white. However, since I mixed the paint with a lot of medium, some opaque colors were still used if I needed them.

A few days later, I just continued working on the painting the same way until I decided it was finished. The finished painting is below:

Because the paint pouring technique, combined with several layers of transparent details create a lot of texture and depth to the surface, I want to show several close up details of the finished painting before ending the post. 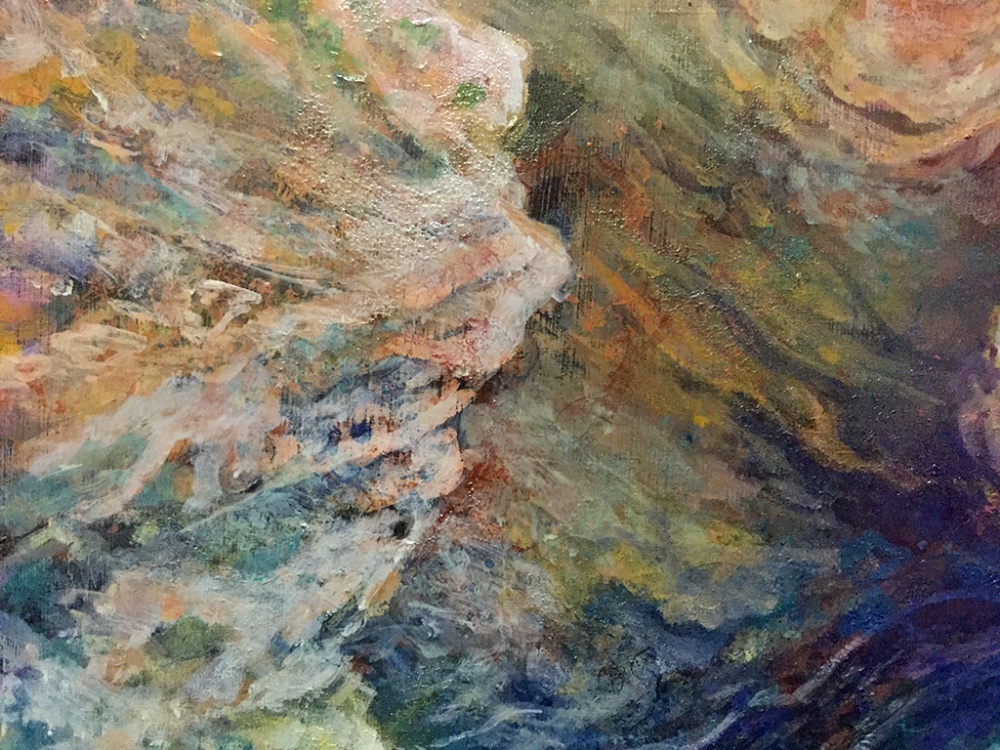 the rock structure in the upper left of the canvas

the rocks in the upper right 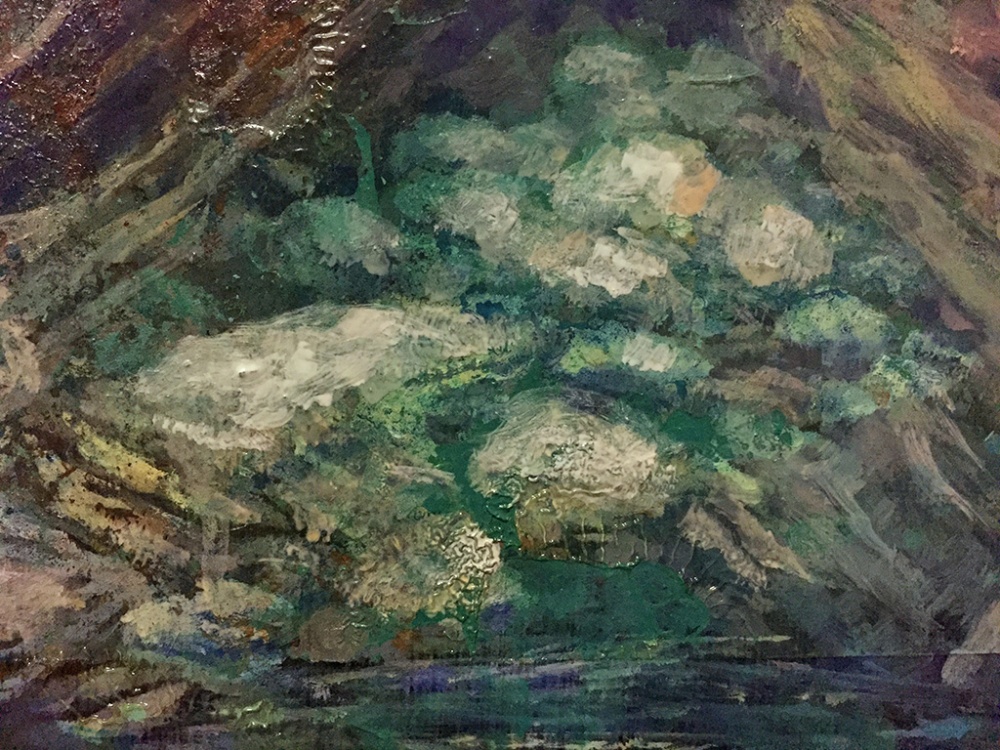 the rock pile in the center of the canvas 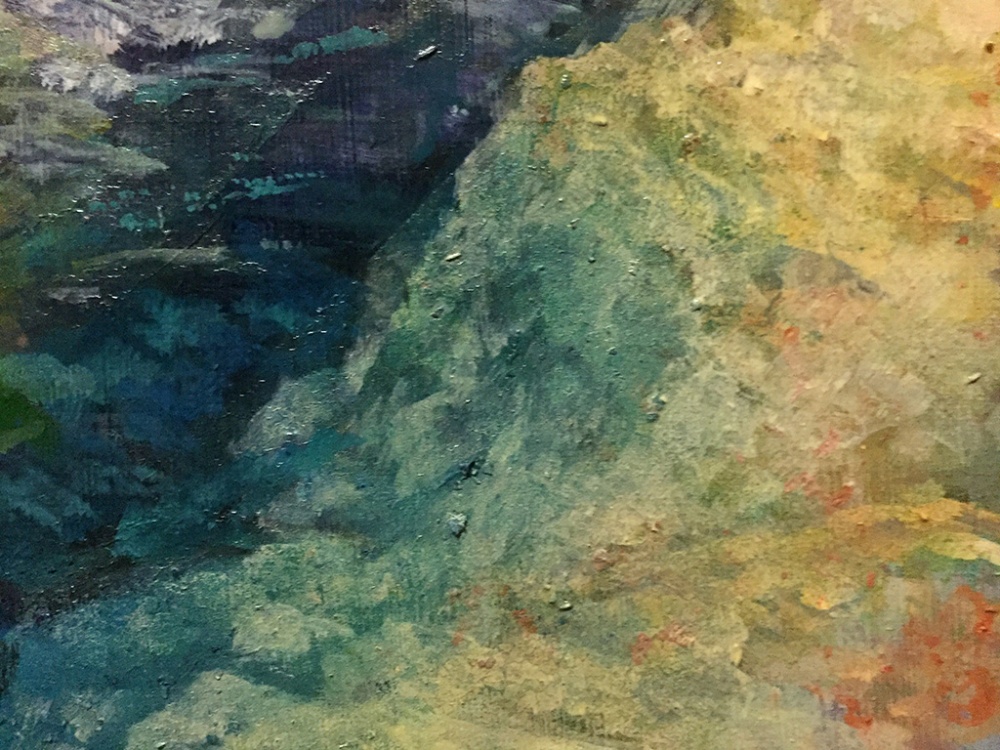 the rock in the lower right

the rock structure in the lower left 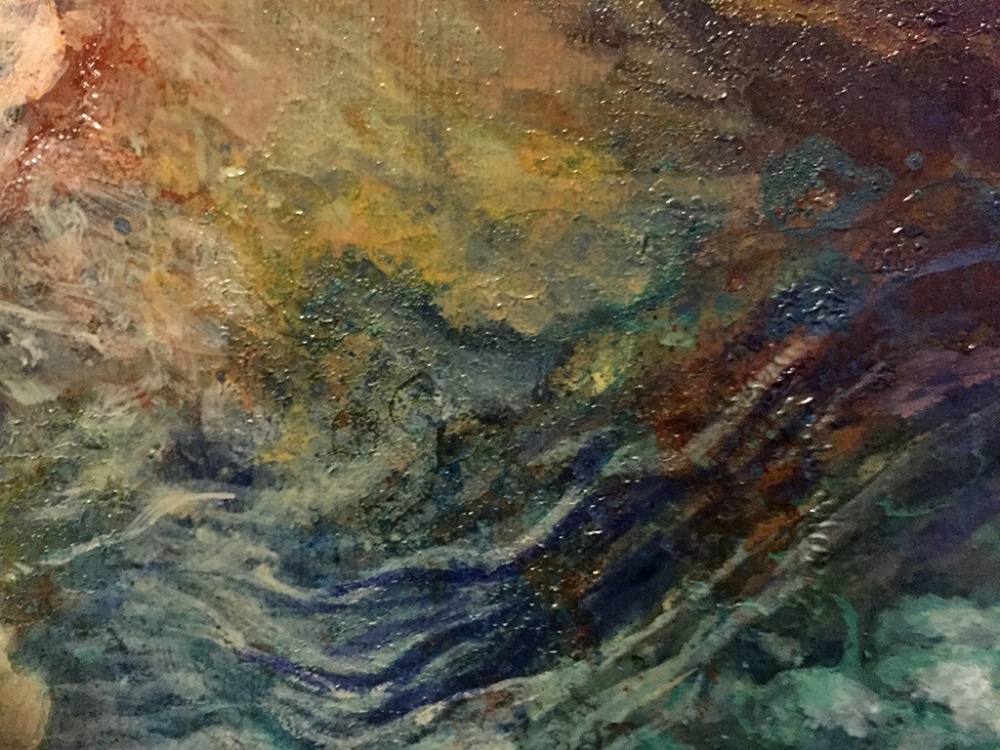 the rock wall in the center of the painting, above the rock pile

I hope you enjoyed seeing the process to this painting, and the detail photos. This is a new process, the first painting I have tried it on, and I am happy with how it turned out. Thank you for reading.