This is a new painting I started working on earlier this week. Its 16″x20″. I’ve been doing some paintings focused on water recently, but I think I enjoy painting the rocks more so I wanted to do something focused on rock formations. I’ll just go quickly through the process of the painting so far. 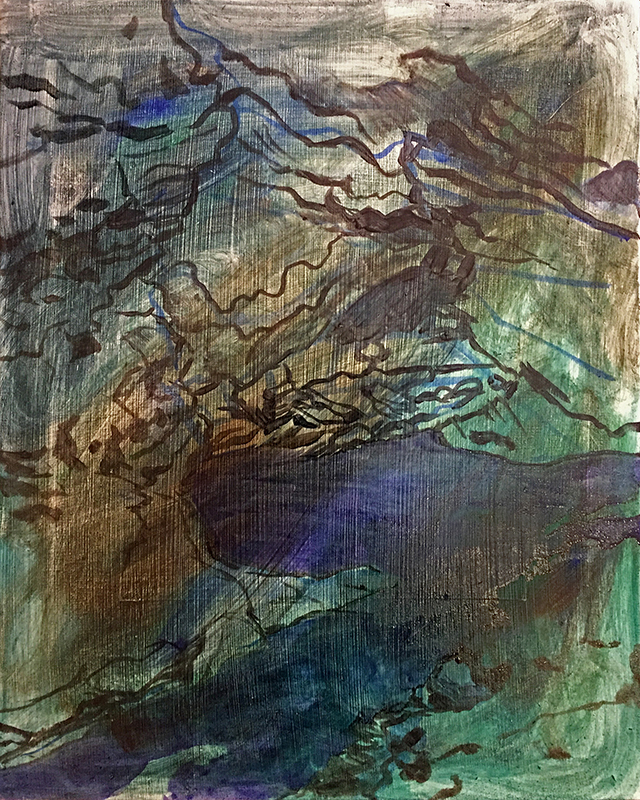 I started with a ground of pthalo green, ultramarine blue, and burnt umber, just roughly smeared on with a rag and thinned with paint thinner. Once the ground dried I started similarly to most of the other paintings of posted about, by sketching out a loose line drawing. I started sketching with a thinned down ultramarine blue, and then on top of that did a more refined drawing using a mix of ultramarine blue and burnt umber. I like to start out by using a lighter color just to get the proportions and angles down first. At this point I’m just really looking at outlines and filling in some of the darkest shadows. I also put a blue glaze over where the water will be. 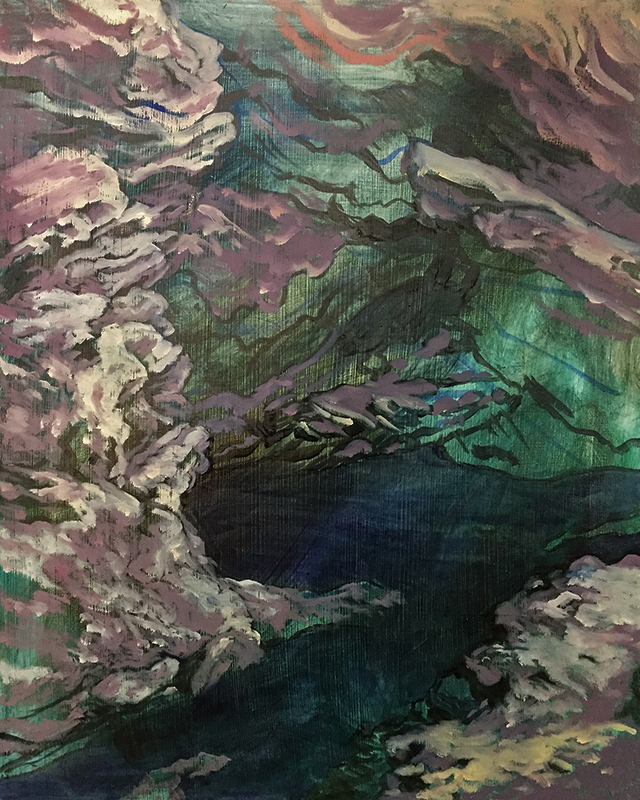 After this dried, I started working back on top of it, adding more detail and color. I started with the rock column on the left side of the canvas, working more meticulously, but afterwards, painted over the rest of the canvas more quickly, and loosely, which helped me block in the color and value of the painting overall. 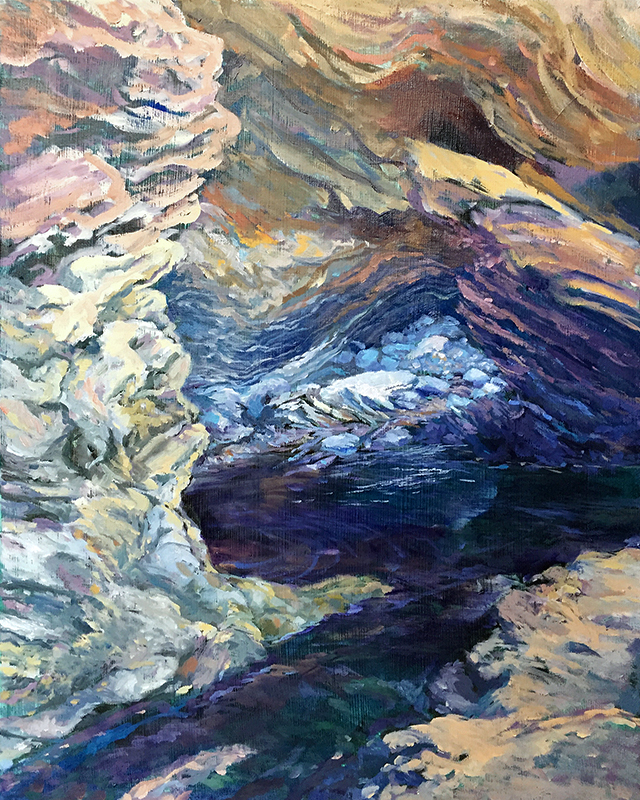 This is the painting in its current state as of yesterday. I began to add more detail to the central section of the painting. No other parts were touched, so the color and value differences in other parts of the painting compared to the previous picture are just a result of the lighting when I took the photo. I started by adding some glazes over the water area again, using mixes of ultramarine, permanent rose, and pthalo green. Glazes were also put over all the shadow areas in the center of the painting. Galkyd lite was used in the glazes, which caused them to become mostly dry already, by the time I started adding more detail on top of them (probably over the course of only an hour). I think this is partially because the glazes were very thin. Here is a detail of the central section:

I spent a lot of time adding in the details, but it is still painted fairly loosely. The previous layers are still allowed to show through, as a lot of the middle tone and darker colors are roughly brushed on in scumbles. The lighter areas are painted on more thickly. The area in the upper left is still rough, but is building up some layers of scumbles of different colors.

Well thats all for now, but I’m excited to keep working on this painting. This one is very fun to work on because the rocks give me a lot of opportunity for color use. I hope you enjoyed seeing its progress so far.